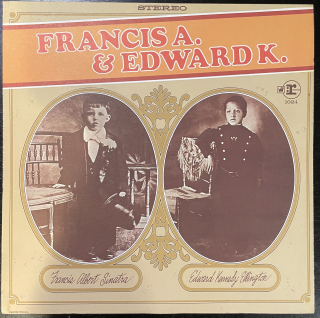 The first thing I noticed about this record when I pulled it out is that it's almost pristine. It was released in 1968, so it's likely one of the last records my father ever bought and was maybe played only a handful of times. The corners of the album jacket are crisp, the vinyl hasn't a single scratch. [Editor's note: I just found on the last track of Side 2.]

Before I even set the record on the turntable, I checked out the liner notes on the back of the jacket. I've written about this before, but it bears repeating. Writing about records is a genre in and of itself, and if there were an anthology of these thousand-word essays bound in book form, it would be in my Amazon shopping cart right now.

What exactly are we doing when we write about music? How do we describe a soaring a trumpet solo or the power of a bass line? Can words do justice to the genius of John Coltrane or Miles Davis or Billie Holiday? Sometimes the authors will try, filling the jacket cover with detailed descriptions of the music inside, writing with technical precision that matches the musicians' skills. They understand that their readers are not casual fans, so they write to that level. In reading notes like these I've learned about how albums have been recorded and how bands have gotten together, but more importantly I've learned the language of music.

The notes that I prefer, however, are ones like Stan Cornyn wrote for this record. Rather than digging into the music, he focuses instead of the musicians, two legends in their own time, Frank Sinatra and Duke Ellington. With a style that could've been borrowed from Mickey Spillane, Cornyn describes the recording studio in intimate detail as his two main characters enter and prepare to record.

"For the next five minutes, with the thoughtful ceremony of a Sumo wrestler, Ellington arranges his cafeteria of sine qua non's. Across the music stand of his Steinway he lays out his cafeteria: One six pack of Cokes. One pkg. Pall Malls. A Kleenex box. A cafeteria spoon. A one lb. box of C&H cube sugar. One Hilton Hotel's bottle opener (no church key at such a session). Six inches from the left piano leg, a plaid two-gallon ice cooler. Ash tray, aluminum. Quantas Airlines flight bag, towel in. Now he is ready."

It could be the opening paragraph of a mystery novel, but with two suspects like Ellington and Sinatra, the case solves itself. There is no mystery. Ellington settles in at his piano as he leads his usual band, but they generally take a back seat to Sinatra, who does what Sinatra does.

Cornyn catches the moment at the end of the recording session when the two of them reflect on their work. "Elegant record, Francis," says Duke. "Always glad to hear about that kind of carrying on," replies Frank. 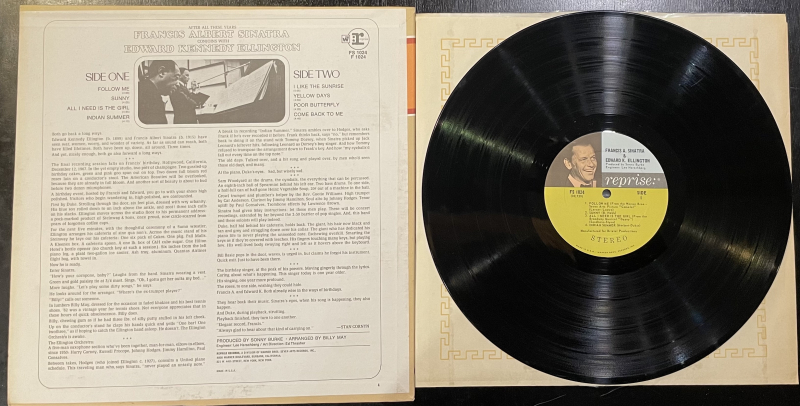