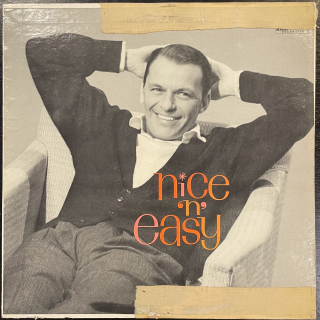 I was only a few weeks into this project when I began thinking about upgrading to a new turntable. The record player I've been using only occasionally for the past fifteen years is one of the nostalgia driven models you typically see in your local big box retailer. It looks like a small suitcase, complete with a suitcase handle so you can carry it from room to room. It's fine for spinning a record a few times a year, but as I've begun to listen more regularly, I've realized the limitations, specifically of the built-in speakers.

And so I've been researching for the past month or so, trying to find a turntable that would fit my needs. First and foremost, since I don't have a full stereo system anymore, I needed a turntable with Bluetooth capabilities so that I could listen with either my wireless speakers or my headphones, but I didn't want it to be ridiculously expensive. (As you can imagine, you can spend whatever you want to spend, well into the thousands of dollars.)

After reading a dozen or so "best Bluetooth turntable" articles and several detailed reviews of a few different models, I settled on one from Audio-Technica, then spent another couple weeks wondering about it. Did I really need it? Would I really notice a difference? And then last week we were out shopping in Santa Monica, and we wandered into Urban Outfitters, a store that caters to fashion-conscious hipsters.

When we walked out and headed to dinner, I casually mentioned to my daughter that Urban Outfitters had had the turntable I was thinking about buying.

"Is it the Audio-Technica?"

As she explained, all the cool kids (TikTokkers) were buying Audio-Technica turntables. When vintage vinyl started becoming popular again, mainstream artists -- Taylor Swift, Ariana Grande, and all the rest -- began releasing new albums (and their back catalog) on vinyl. In 2021 there were actually more records sold in the United States than CDs, the first time in thirty years that vinyl outsold plastic, and it was a trend driven not by nostalgic baby boomers but by precocious kids who wanted to be able to hold their music.

"I just think it's cool that music can be permanent, that it can be yours," said my daughter. As someone once said -- on vinyl -- the kids are alright. And so when those social media influencers outgrew their entry level record players, they turned to Audio-Technica, just like I did. I'm not sure how I feel about that, but there it is.

My new turntable arrived this week, which meant that I had a serious decision to make. I still remember the first disc I played in my car stereo, a Sony pullout that I absolutely adored. It wasn't accidental. I chose Ghost in the Machine by the Police because it was the first CD I had ever bought and they were one of my favorite bands. It felt right.

So the first spin here had to have some significance. I thought about thumbing through the entire collection and finding a record that felt significant, something that would match the significance of the occasion, but since the order of the journey thus far has been left to chance, I decided to see which record was on deck -- and it was the right choice.

I think there are at least twenty Frank Sinatra records in my father's collection, and I've always known that he held Sinatra in the highest regard, filing him in the classical section as an indication of the timeless nature of his vocal talent. Sinatra is also my mother's favorite, so it all made perfect sense.

If I'm being honest, I have to say that this particular record isn't my favorite of his. As the title suggests, it feels like soothing background music. There's nothing dynamic here unless you count Sinatra's legendary voice. He's backed by an orchestra, not a big band, and both Sinatra and conductor Nelson Riddle are comfortable with the situation. Neither pushes the other, and maybe that's okay.

It's obvious, however, that my father did love this album. The slip case is worn, and masking tape holds it together on the top and the bottom, making it clear that the record was in heavy rotation. Even better than that, the record is worn. The hissing, popping, and crackling that people get so romantic about when remembering the favorite records of their youth? It's all here. The first sixty seconds of the opening track are slightly obscured by static so strong that Sinatra's voice fades in and out a bit. And for the first time, an actual skip! I called my daughter into the room to listen as the closing verse of "Dream" repeated itself over and over. "When the day is through... is through... is through..." When I told her that it would keep going like this forever if I didn't lift the needle over the skip, she looked at me blankly as if I were speaking a foreign language. In a way, I was. An archaic language from the distant past.

But she was right when she talked earlier about the lure of physical music. There's a note from Capitol Records on the back of the album cover: "This monophonic microgroove recording is playable on monophonic and stereo phonographs. It cannot become obsolete. It will continue to be a source of outstanding sound reproduction, providing the finest monophonic performance from any phonograph."

It really is quite amazing. I'm sure all of that seemed true back in 1960 when my father bought this record, but who would have believed it in the 1970s when 8-track tapes burst on the scene? What about when cassette tapes dominated the '80s? When I complained to an employee at Wherehouse Records in 1986 or '87 that the CD section was getting bigger as the LP section was shrinking, he told me that soon the records would be gone.

"Well, you better get one."

They told us that CDs would be forever. They were the perfect format for storing music because they would never degrade, but they only seemed perfect because none of us could imagine a time when every song ever recorded could be ours in an instant, just with the tap of a button on phones we'd carry in our pockets.

But the folks at Capitol Records were right about this record after all. "It cannot become obsolete." Even though records disappeared and became hopelessly archaic decades ago, they've survived, and they still sound beautiful. 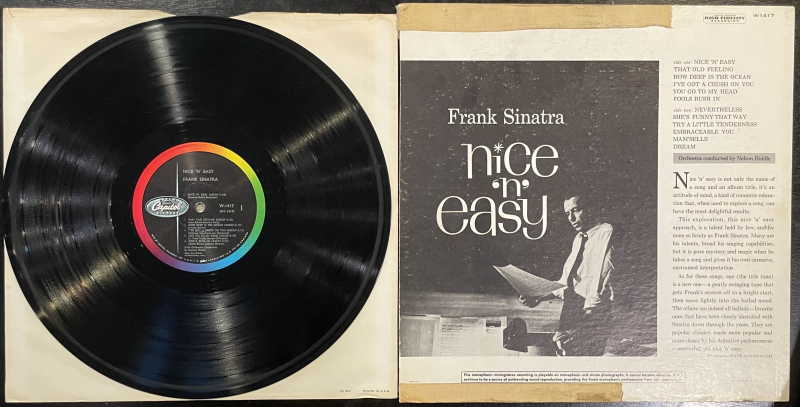