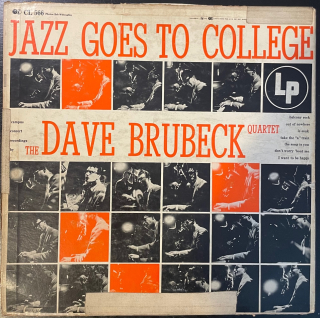 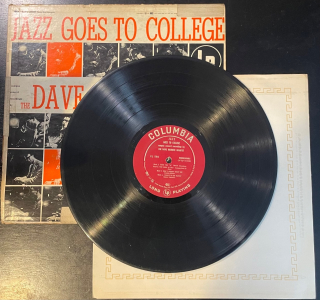 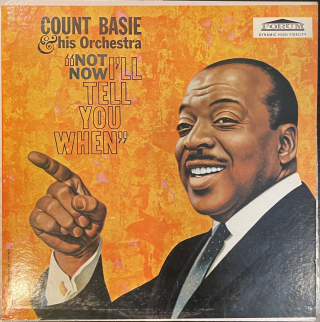 I wish I had the musical expertise to better describe this record. Any casual jazz fan knows Count Basie and the Count Basie Orchestra. I'd put myself in that group, certainly. I pulled this record, the first step of my journey, from a small subset of my father's collection.

Twenty years ago my wife gave me the most thoughtful gift I've ever received. What struck me first was the weight, but the weight made sense when I unwrapped it and found a small carrying case holding twenty or so records. At first I didn't know why my wife was giving me a case of old records, but then I quickly recognized them as my fathers. By itself, it was beautiful, but then she explained. "These are your father's records, some of his favorites."

My mother hadn't yet given me his collection, so it still sat in her house in two record cabinets. They were actually matching chests with upholstered lids that could serve as seats when closed but then open to reveal the vinyl they held within. My wife wanted to buy me a record player, specifically so I could listen to those records. And so she and my mother went through the collection one record at a time so that my mother could pull out twenty or so titles that my father listened to most often. His favorites.

I've never talked to either of them about their actual process that afternoon, but I've replayed the imagined scene in my mind hundreds of times. I see my mother lifting one album after another, each one a time capsule of sorts holding memories from another lifetime. I watch as her eyes play across the images on a cover and the music begins to play in her mind, no needle required. Tears begin to collect in her eye lashes, and she hands a record to my wife. "This one," she says. "He liked this one."

I like this one, too. Piano player Basie was the king of bebop, and as you listen to this record it isn't hard to imagine him leading his orchestra on stage with dozens of spinning  couples on the dance floor in front of them. This title was released in 1960, a couple decades after the height of the Big Band Era, and even though people like Miles Davis and John Coltrane were beginning to take jazz in new directions, there's something special about these songs.

I don't know if it's my time playing saxophone in middle school and high school, but I've always been a sucker for horns, especially when they find their way into pop music. Few people in history have sold more albums than Phil Collins, whose legacy is largely defined by the greatest drum fill in the history of pop music and a string of songs that play well in grocery stores, but his liberal use of a horn section on his first two albums is what I'll remember. I've been a casual reggae fan since I went away to college and started hearing Bob Marley's Legend coming out of every dorm room on the hall, but what I really love is reggae's precursor, British ska with its stabbing horns.

All of that, in one way or another echoes back to bepop, echoes back to the Count. Basie is known for jazz classics like "Fly Me to the Moon" and "One O'Clock Jump," but you won't find those tracks on this record. It's a bit more obscure, but I think I like it more because of that obscurity. I listened to it for the first time this morning, and I'm quite sure today was the first time it had been out of its sleeve in more than fifty years, the last time my father's hands set it on a turntable and set the needle on the grooves. 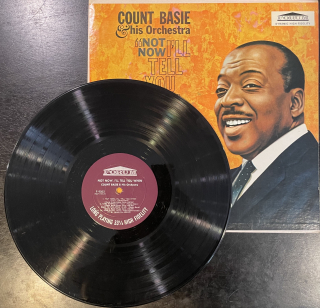 Side 1
Not Now, I'll Tell You
Rare Butterfly
Back to the Apple
Ol' Man River 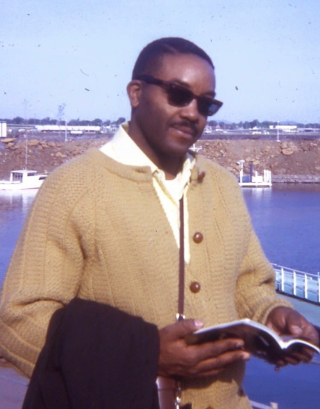 My father died half a century ago in the summer of 1969, and five months later I was born. I've always wondered how you can miss someone you've never met, but I've missed him my whole life.

This isn't to say that I've suffered. When I was three years old my mother married again to a man I've been fortunate enough to call Dad ever since, and it would be an understatement to say that I've lived a privileged life.

Even so, something has always been missing. Some of my earliest memories involve listening to stories about my father told by mother, and other family members have always been generous with their memories as well. I know my father. He was thoughtful and kind, he held together a wide network of friends, he enjoyed smoking a pipe from time to time, and he was a fan of the Detroit Tigers -- though he also grew to like Cleveland's Larry Doby and the Giants' Willie Mays.

But more important than any of that, he was a music lover. I have a few of things of his, like the tie he wore on the day he married my mother, his chess set, and his favorite chair, but his most visible presence in our house is his music, hundreds of vinyl records, an eclectic collection of jazz, classical, and other genres, but all his. All mine.

Years ago when I began building a collection of my own, his collection was the inspiration for many of the CDs I bought. So I've listened to some of the music that he did, but I've only taken a few of his records out of their sleeves. Perhaps the last time any saw the light of day might have been on a Sunday morning back in the 1960s when my father pulled one from the cabinet, set it on his turntable, gently dropped the needle, and filled his living room with music.