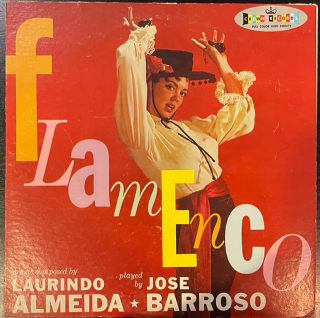 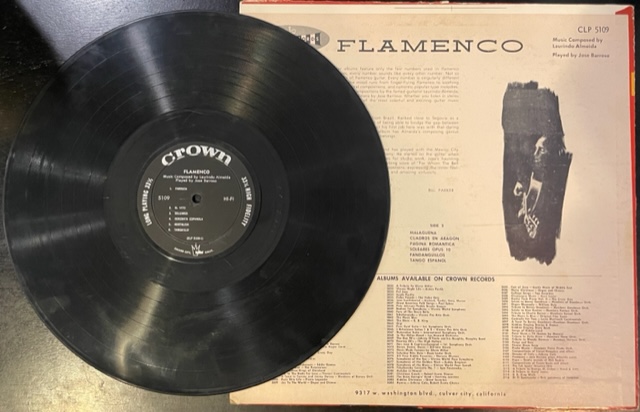 Quite simply, there's no one like Billie Holiday. This isn't her finest work, but it's important because it's her last work; she died four months after these songs were recorded. If you were to look for this album today, you'd find it as Last Recording, with that new title added to the album artwork, but the record I'm listening to this morning must be from the first print run. It's just Billie Holiday.

How to describe Lady Day? It's difficult to find a comparison to someone as legendary as Ms. Holiday, but I can say that Norah Jones reminds me of her, though Jones is a bit more sultry, and Madeleine Peyroux is another musical descendant, but there's something unique about Holiday.

The artist does not need to be pained, but some of our greatest artists channel their pain into their work, either directly or indirectly. But when Holiday sings on this record, "I'll never smile again, until I smile at you. I'll never laugh again, what good would it do?" these aren't her lyrics but it is her pain, an apparent contradiction that highlights a key difference between how standards in the music industry have changed.

Artists today must write their own songs to be taken seriously, and some -- like Taylor Swift -- are criticized even if they collaborate with another songwriter. That was never the case before. The great singers from the last century -- Billie Holiday, Frank Sinatra, Ella Fitzgerald, Joe Williams -- almost never wrote their own songs. They were performers, and that they were singing someone else's songs could never diminish their genius. There was only one Sinatra, after all. No one could duplicate Ella Fitzgerald.

And so what Holiday does with these songs is something no other artist could have done. In the liner notes for this album, Leonard Feather describes how different she was in 1959 as compared to her earlier years, but he doesn't go into specifics. The truth is that Holiday had spent her thirty-year career chasing away pain with alcohol and heroin, and so when we listen to these final recordings, we're listening to a voice that's been damaged and a soul that's been ravaged. And yet, it's all so beautiful.

This morning was the first time I've listened to this record, but I smiled to hear her renditions of two timeless classics, "All the Way" ("When somebody loves you, it's no good unless he loves you, all the way") and the Louie Armstrong standard "When It's Sleepy Time Down South." Both songs are someone else's, both songs are familiar, but Holiday makes them her own.

The best example of this is in one of the most important songs ever recorded, "Strange Fruit." I don't think my father had that in his collection, but we can't talk about Billie Holiday without discussing her haunting version of a song that helped plant the seeds for the Civil Rights movement by taking an unflinching look at the dark history of lynching in the American South. Consider the lyrics, then watch this video of Holiday performing the song in 1959.

Southern trees bear a strange fruit.
Blood on the leaves and blood at the root.
Black bodies swinging in the southern breeze,
Strange fruit hanging from the poplar trees.
Pastoral scene of the gallant South,
The bulging eyes and the twisted mouth.
Scent of magnolia, sweet and fresh,
Then the sudden smell of burning flesh.
Here is a fruit for the crows to pluck,
For the rain to gather, for the wind to suck,
For the sun to rot, for the tree to drop,
Here is a strange and bitter crop.
Again, these are not Holiday's words. The lyrics were adapted from a poem written by Abel Meeropol in response to an infamous photo of a double lynching in Marion, Indiana, in 1930. (You can read about that history here.) But just as she did throughout her career, Lady Day took those words and elevated them. That, I think, is what true genius is. The elevation of a truth that the rest of us already knew. 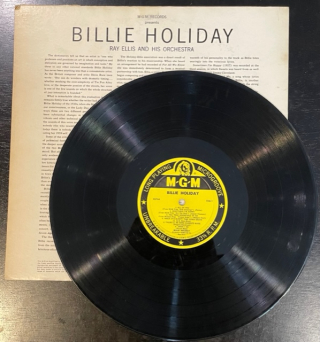